Flutter vs PWA: What Is the Future of Cross-Platform Mobile App Development? 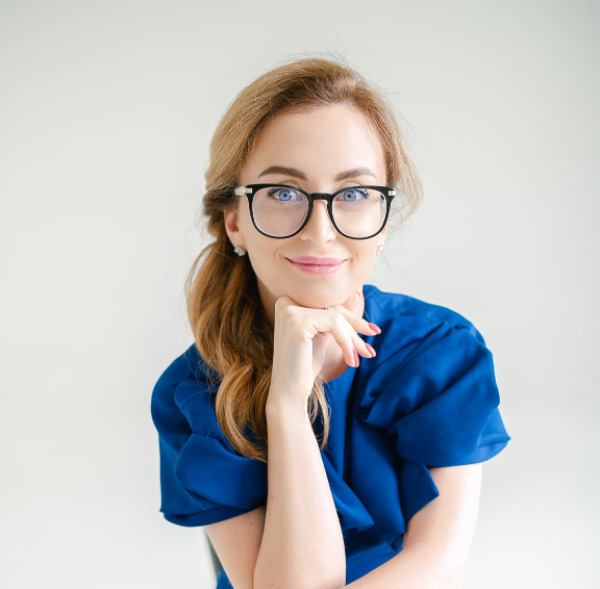 Nowadays we have so many opportunities to cut costs on mobile app development! A decade ago, all you could do was build a native app. The downside of this was you had to spend twice the development costs to make apps for iOS and Android platforms. Now with the appearance of broad cross-platform development options, making two apps using a single codebase has become increasingly more popular.

We’ve done all the legwork to compare the rapidly rising popularity of Flutter vs PWA. Both of them are intended to build cross-platform apps. Also, they promise to deliver the native mobile app experience. But which one is the best solution for your project? Read on to find out all the pros and cons of Flutter vs PWA features.

Google’s Flutter was first announced in May 2017 and released in 2018, it has already become very popular among developers. Currently, the Flutter GitHub repository has gathered over 86k stars. Above 30% of programmers use Flutter. It’s ranked second and loses only in the Flutter vs React Native competition. 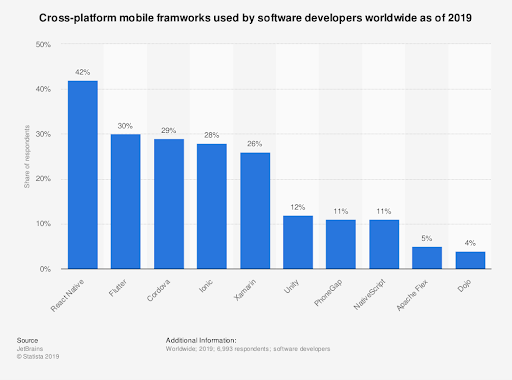 PWA (progressive web apps) is yet one more solution for cross-platform development. PWA is a web application that can be opened in a web browser on any device, including desktops, laptops, smartphones, tablets, etc. When a PWA is opened on mobile devices, it strives to deliver a native app experience. They offer a similar interface, have access to the device hardware (push notifications, camera, GPS, etc.), install on the home screen, and so on.

Also, it’s interesting to compare what people search on Google more often. Flutter’s popularity has greatly increased from 2017 to 2021 that you can see in the image below. Compared to PWAs’ popularity, it is significantly greater.

What is Flutter framework?

Flutter is an SDK for creating rapidly performing and attractive-looking cross-platform mobile applications, presented by Google. As of 2020, it can also be applicable to build Flutter web apps and Flutter desktop apps (for macOS). It should be noted that the support for these platforms is still in beta and alpha versions respectively. Also, Flutter can be possibly utilized to build PWAs in the coming years as the associated libraries start to appear.

Is Flutter good for web development? Flutter is a brand-new type of cross-platform tool. Flutter delivers a better user experience than the previous generation frameworks such as PhoneGap or Ionic since Flutter mobile apps have significantly faster performance similar to native apps. That’s because PhoneGap and Ionic use intermediary components to connect to the device features like camera or Bluetooth. In its turn, Flutter doesn’t need them which results in faster performance.

Another Flutter’s strong suit is providing the opportunity to create beautiful app designs. It incorporates a huge collection of inbuilt Flutter widgets for creating UIs in the style of Material Design and Cupertino. Hence, developers don’t need to search for external widgets that enable building your front-ends quickly as well as conveniently.

Now let’s review the advantages and downsides of this SDK.

Is Flutter a Progressive Web App?

Flutter Web Support enables you to build sophisticated stand-alone web applications rich in graphics and interactive content to reach end-users across a wide variety of devices.

Currently, not all HTML scripts are perfect for Flutter. For example, text-based, streaming, static content such as blog articles benefit from the document-centric model on which the Internet is built, rather than the application-centric services that a UI framework such as Flutter can provide. However, you can use Flutter to embed interactive experiences into these websites.

PWAs belong to an entirely different app category, but they can be opened on mobiles as well. These are web applications that can be run within a browser. Hence, they are cross-platform in their essence because you can open them on almost any device including desktops and mobiles. Usually, PWAs are developed using web technologies such as HTML+CSS+JavaScript (and JS frameworks like Angular or Vue). It’s not a coincidence that we are comparing Google’s Flutter vs PWA. If you open the latter ones on mobiles, they deliver an experience similar to native apps.

You can’t find PWAs in the regular app stores because they are not considered mobile applications. Instead, they can be promoted as a regular website using SEO and have an easily shareable URL. It should be noted that starting from 2019, PWAs can be uploaded to the Play Store. Twitter Lite and Uber are among great PWA examples. Hence, PWAs appear to have more promotion channels now than regular native apps.

Native apps commonly have access to mobile device features e.g. notifications, Bluetooth, recording media, etc. PWAs do it using the capabilities of modern browsers. You can be amazed by how much web browsers can do today. The downside of this is PWAs heavily rely on the browser they are opened in.

By the way, we’ve thoroughly reviewed the pros and cons of push notifications vs SMS vs email for connecting with your customers. If you still don’t know about them, we suggest you fill this knowledge gap as quickly as possible to increase your sales.

What user engagement results have achieved famous companies such as AliExpress, Twitter, Forbes by implementing PWA? Check out in the section “Progressive web app examples” of our related article “Official PWA for Shopware 6”.

So are you ready to dramatically increase user engagement by making your existing website a PWA? We suggest you hurry up as you can WOW your customers only until this kind of apps becomes commonplace. Dinarys is a reliable software development company that writes quality code and will regularly keep you aware concerning the project details. It’s faster to contact us and receive a qualified consultation on your project than to waste your time on unnecessary doubts and additional searches.

Both the PWA and the native app have strengths and weaknesses. When choosing between them, you need to consider the features that make each option stand out and how they fit your vision for your application.

PWA is right for you if:

A native app is right for you if:

Differences of Flutter vs PWA Development

We’ve chosen some of the most significant parameters to compare Flutter vs PWA vs native Android and iOS apps. Bearing in mind that native apps need to be developed twice, the Flutter and PWA analogs offer quite impressive benefits.

Also, the choice may greatly vary according to your requirements and particular starting point. Let’s discuss which cases are suitable for selecting Flutter or PWA.

When progressive web app fits you:

When Flutter fits you:

What to Choose: Flutter vs PWA Apps

Flutter and progressive web apps may seem like two totally different options. However, both of them can be accessible on mobile devices. They can be considered as substitutes to each other to some extent. They are only gaining popularity and it’s hard to predict if one will displace the other one. Either way, they will be able to serve two different needs.

If you still have doubts about what to choose Flutter or PWA for your project, contact us to receive a comprehensive consultation. Dinarys has extensive business analysis expertise and can help you choose the most suitable technology and features. We are a full-cycle software development company that provides every service concerning mobile and web development and design. Clutch, a customer reviews platform named us a top web developer.

Do you want to be the first to find out the changes in the software development or e-commerce world? Subscribe to our pages on LinkedIn, Facebook, and Twitter.